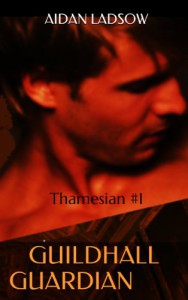 Gioia is an Italian in the UK, chasing a rather gothic idea she has of what Britain is like. Reality is much much more disappointing and mundane.

Very early in the story it was clear there was a problem – this book badly needs an editor. Originally I thought the poor English was an attempt to trying to convey that Gioia is Italian, but it’s the same with Roydon’s POV as well. Some of the language choices are odd – like a barmaid giving Gioia a “gigantic pint” when a pint is a set measure (and referring to beer as “liquor”).

There are numerous times when the wrong word is used: “advert” instead of “avert,” “stoop” for “stood”, “taught” for “thought”, “distinguish” is used as a synonym for “see”, “poshier” is invented. There’s a building that is “well-seated” And some of the passages are just terrible.

“What do you think of her feeling up the cobwebs, the stones, the cobble, Sir?”

My, and I thought I was well versed in the different kinks in the world, but molesting cobbles is a new one.

“There was no fool like a fool old of five centuries”.

Using all the right words in quite the wrong order

“There was a paradox in this man, I had a problem of perspective and could only see a detail of the fresco.”

There are no frescos in this scene. “Fresco” seems to be referring to a part of a person. Front perhaps? Face? I have no idea.

This isn’t the odd phrase – the whole book is in very convoluted, broken language with many many mistakes which make reading it hard in places and outright impossible to understand in others. Frankly, I’d be annoyed if I’d bought this book and found it this lacking in any attempt at editing – at times this book is nigh incomprehensible.