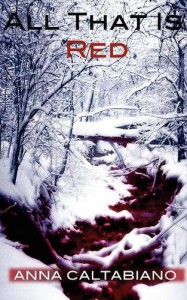 Long ago, a woman found the key to immortality, one she passed on in a tiny vial. The vial has passed through six different women now, each of which lost their identities to the ever passing time to become Rebecca Hatfield

Now the Sixth Miss Hatfield has chosen a Seventh for the gift – and curse – of immortality. To never age, but to never belong in any time, to live untold centuries, but to never know family or home or sense of belonging, to even lose everything about yourself that made you other than Miss Hatfield.

She has a mission for the Seventh Miss Hatfield – to retrieve a painting that belongs to her. But as Miss Hatfield tries to infiltrate the household that owns the painting, she quickly becomes connected to the people there, especially Henley, the owner’s son. She risks developing the very thing that can make immortality unbearable – love.

I really liked the premise of this book - the idea of immortality and time travel together makes a wonderful kind of sense and has some really vast potential. The child who became an adult so quickly, the idea that they are all Miss. Hatfield because their original identities all become so meaningless is a really powerful one

I’ve also never seen a book that did so well in conveying the tragedy and loss of humanity. Oh the genre is full of immortal being angsting in corners and dealing out impressively overdramatic monologues about how terribly sad it is to live for ever, but few managed to convey the full grief and loss that comes with outliving everyone you love. The combination of being immortal and being lost in time is a beautiful and deeply sad tragedy. As we go along, we even see the slow loss of identity, exacerbated by her being a child until recently, we see how the Miss Hatfields are created as the 7th Miss Hatfield grows and learns – and forgets.

The book also does a really good job of establishing the connections between the characters, creating a sense of realness to them and the way they interact so the loss is all the more poignant.

But… yes, there’s a but… the whole premise feels completely irrelevant for most of the book. We begin with Miss Hatfield as a child and becoming Miss Hatfield. She’s then quickly dispatched on a mission to retrieve a painting and to do so she joins a family. The family accepts her quickly through some pretty damn huge coincidences and some rather odd behaviour

At this point and for a huge amount of the book the fact that Miss Hatfield is immortal, a time traveller or, chronologically, only a child just doesn’t seem to be relevant. She could be any young woman in a period romance rather than an immortal being in speculative fiction

It was a very nice romance. The characters were nicely realised, the relationships very real once we got past the convoluted beginnings. The emotion was strong and genuine. We had some lovely class issues that were addressed with the servants (including a beautiful moment when a servant questioned just how troubled and worried a wealthy lady can be considering how much peace and security she has in life) which was largely really well done and humanising (though it was shaky in places. Like one character is annoyed that they remember the names of their servants, including her personal maid and the butler. They may commonly be referred to by their surname, but it’s an absurdity that people in a house would not know the name of their butler or personal servant. Maybe the scullery maid, but not the upper servants).