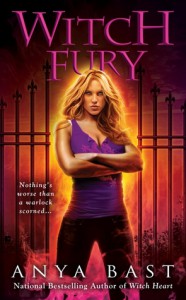 So I’ve finished Anya Bast book 4 and with it the entire series (it felt like an ending, I don’t think she could write a book in the same series though I know she’s written others)And there was LESS sex. Still a lot of sex, but less. I was actually glad of this, I’ve always said that Anya Bast actually has a great world and a great story if she’d only cut down on all the excessive shagging. But without the endless shagging other annoyances became apparent - the tropes were annoying – big strong man must tell you what to do to protect you, oh delicate petal of womanhood. But there’s some other stuff that bugs me, worst of all – the plot doesn’t work.I thought book 3 was bad, with them deciding that the best way to keep Claire safe was to take her on a road trip to avoid the teleporting demons who can travel anywhere in the world in a second rather than using the coven’s overwhelming numbers, magic and copper weapons. But book 4? Ugh.For reasons unknown our fire witch Sarafina gets a “feeling” that something important is somewhere and goes wandering and *gasp* so there is! Can there be a weaker, more pathetic way to move the plot forward than to have the character do random crap because “they got a feeling”? NB in no way shape or form are fire witches psychic… so why? How?Read More
Tweet