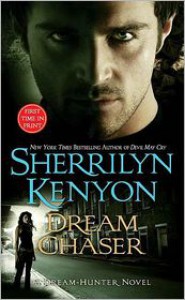 We met Xypher in Devil May Cry. And he got a prize for helping them stop the Dimme – a month free from Tartarus. A month he can spend getting revenge on Satara, the woman who betrayed him and caused him to be condemned to eternal torture in Tartarus in the first place.Of course, getting to Satara isn’t easy and while hunting he runs across Simone – a pathologist seeking answers to an apparent serial killing. Simone is dragged into Xypher’s world when Satara’s agents bind them both together – rather than try to kill the immortal Xypher, the only have to kill the only-too-mortal Simone to kill them both. Oh and the binding stops them getting more than 20 feet from each other.Forced to live in close proximity, Simone (and Jesse, her 80s ghostly companion) have to deal with his extreme surliness and complete lack of trust – after centuries of being tortured and betrayed he’s unwilling to get close to anyone, even though Simone starts to melt himThen there’s the problem of the Dimme that is apparently loose in the city and Xypher’s demon brother who has been sent out to kill Simone, Xypher or both. And that’s before people start making deals with Jaden - a being so powerful demons make Faustian bargains with himOk I have to say that there were some major issues in this book (especially the romance) that were pet hates of mine – because of this (and the same applies to any review, but doubly so here) if they don’t annoy you so much you may actually enjoy the book. But me, they annoy – and annoy a great deal.Firstly – and this is a trope the Dark Hunter series uses excessively – Xypher has a horrible tortured past (like everyone in this series. It’s almost reached comical levels). And because he has had such an awful tortured past he lashes out at everyone around him – including Simone – he can’t trust other people again, ever, because one person betrayed him and now he hates everyone and everything – rawr! Not only is it tired and overdone and we’ve already seen the exact same story played out inDevil May Cry, Dance with the Devil, Upon the Midnight Clear and even Night Pleasures, (far more if we just include men who have had long tortured pasts) but it also serves as a justification for him constantly lashing out at Simone.And Simone? Pities him. The angrier he is, the more he lashes out at her, scares her and has temper tantrums at her, the more she pities him. Every surly outburst or sullen pout is just more proof of how tortured and sad he is and why she pities him even more! It reached a point where, if he had stabbed her, I think she’d have spent her dying breath to wail “oh see how much he suffers!”I hate these tropes combined. I hate the whole Loving Contempt trope, I hate the idea that you should tolerate abusive behaviour because it may hide a delicate, sensitive soul. I hate the idea that it’s laudable to endure the surliness and I hate the idea that lashing out is ok if you have a painful past – while it makes it understandable, there’s no reason why Simone should bear the brunt of it. And I really really hate the idea that a surly, angry man can be won over if you’re patient enough and kind enough and loving enough. Enduring abuse shouldn’t be a praiseworthy activity nor should it be the path to happily ever after true love – it’s horrendously skeevy.More tropes I hated in the romance – yes the fast forward button was pressed again. Xypher and Simone spent less than 2 weeks together – in fact I think it was more like 3 or 4 days. And yet they BOTH were willing to sacrifice their lives for the other and Simone was desolate without him. really? They’re not even acquaintances yet, but they’ve already reached “I can’t live without you!” stage? Even most depraved stalkers need a little more time than that to get hung up on someone.To finish off, in standard terms this immortal couple gets to be immortal (rather than just relying on their heritage to get the job done) by effectively enslaving Simone to Xypher. Awwww, sooo romantic *uckies uckies uckies*Read More
Tweet