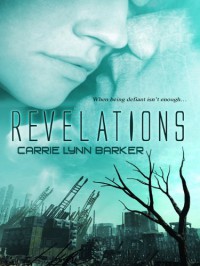 After the death of her mother, as only as small child, Christiana Fletcher is sent to an orphanage where each week she is taken away by a member of the government to be experimented on. Going through her teenage years, she kind of a wild child we are told, but never given any real details. Finally deciding that she wants something different, Christiana decides to find her father, who has luck would have it is dying of cancer. Having said goodbye to all of his friends, Christian is prepared to die and is simply counting down the hours, until Christiana shows up and heals him with her hands. The two develop a strong relationship almost instantly, until the government agents show up and run them off the road, separating them and leaving Christiana in a coma.After waking from the coma, Christiana goes to live in the desert on a commune with others whose DNA has been manipulated after meeting Philip the vampire. We are given no reason for her decision or why she trusts him given what she has been through. This is yet another instantaneous relationship. At the commune she finds love with Jonas, friendship and family for the first time in her life. Unfortunately, it is not long lived because after healing a child who has a brain tumor, the government is on her trail again and she is forced to flee. She supposedly chose this room randomly, but she had to know after being tracked down by the government after healing her father, that healing a child knocking on heaven's door was not a good idea. When Christiana is forced off the commune after the agents show up determined to recapture her, she decides to take the fight to the government, because she wants answers. Christiana wants to find her father, and get to the bottom of the experimentation on people.Revelations could have used a good editor. There are times when the story was downright choppy and was hard to follow. There were times when the phrasing was awkward and the wrong word was used. Barker changed POV, as well as tense a few times, which made the story even more awkward. At times, it impacted my ability to really get into the story. The relationship between Christian and Christiana developed unrealistically fast and seemed to exist only to make her more tortured. Christians eventual institutionalization, along with the death of Christiana's mother, served as quick, cheap and easy characterisation to establish a sad, tortured or otherwise issue-laden protagonist with “depth.”Christiana is clearly the chosen one, but I really don't understand the devotion of the other characters towards her. All of the women in this novel either die, or disappear without a trace. We never learn the motivations behind the antagonist - Arturo Holt. We know that he created Christiana and is a power hungry sadist, but beyond that, we are given no reason for the experimentation on humans, or even why he is so obsessed with Christiana, beyond the fact that she is of course a special snowflake. Christiana spends much of the time blaming herself and wallowing in self loathing.Read More
Tweet