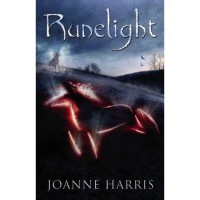 Maddy, child of Thor, the Lightening Ash is torn between her new, adoptive family, the Aesir and the new revelation of her twin sister, Maggie.Maggie, raised in World’s End, a child of the Order, has strict, unflinching beliefs that have not relaxed as World’s End succumbed to chaos and disorder. She knows what is right and has strong beliefs – including in the rune-marked demons that once plagued the world. The same rune marked demons that are her family. Her world turned upside down by the discovery of her rune and her power, she becomes caught up in the plotting of Mimir the Wise, the Whisperer and his quest for power and grudge against the Aesir.The Aesir and the Vanir must make a strange deal with the forces of chaos that once brought them down in Ragnarok and make the long and difficult trip down to Worlds End with very little time to do it in.And the end of days are coming again. The freeing of Sleipnir has caused the river Dream to overflow it’s banks and Malbury is in danger of falling to its waters. Three riders must ride forth, Carnage, Treachery and Lunacy, signalling the end of the world – again.If everything goes according to plan, Asgard will rise again – but who will be its master? Or will chaos consume everything?There was so much about this book I loved.I love Norse mythology. I’ve said before that I’m a mythology geek and seeing the Aesir and the Vanir in all their glory in a story is always going to hook me in. And not just the Aesir and the Vanir – but Mjolnir personified? Fenris, Hati and Skol with human aspects? Hunin and Munin? This book was designed to hook me in.Throw in an epic quest to rebuild Asgard, a prophecy and a world that has been turned on its head and you have a great story to tell with it. A lost child coming to terms with her power, Maddy, our hero from the last book, torn between her sister and her new family. The Dream unleashed, Sleipnir walking the skies, chaos stalking everything, ready to destroy all. New runs, new powers, new gods and, of course, the intricate and crafty plans of the gods themselves. I do love some cunning plotting.And there’s Loki. There’s always a lot to be said for Loki. And this is a very unique take on Loki – not Loki the deceiver or even Loki the manipulator. This is Loki the unlucky, poor Loki the often put upon, Loki the trickster with a brilliant and quick mind but without a great many fans – and Thor always ready to hammer him.The problem with this book is how very long it took to tell that story. We had several storylines: Maddy and Perth; the Aesir and the Vanir; Maggie, Adam and the Whisperer and always poor Loki. But they took a long long time to get anywhere. This book is over 500 pages and covers a span of about 10 days and a lot of that time is spent being rather repetitive. The Aesir and the Vanir are bickering (I wanted to see more of the Aesir and the Vanir, get a greater sense of them – especially since I’m a mythology geek and just loved having them all around – including members we don’t often see. But it was just one long argument). Maggie is torn between her beliefs, Adam and her family and Maddie torn between her long lost sister and her loyalty to the Aesir. All interesting concepts, but we return to them time and again to find them wandering endlessly in circles each in their own storyline, thinking on it, but not developing it. It felt like a lot of passing the time was going on.Read More
Tweet