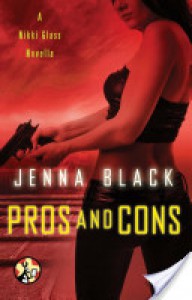 Nikki has a nice mundane case. Well, she has chosen a nice mundane case because it will get her out of the house and away from Anderson asking her to use her Artemis hunting skills to exact his revenge.And this client does sound very desperate since many other private detectives have turned her down. And for good reason, her task is almost impossible for anyone but Nikki. Of course, an extra reason for the desperation is that her client is lying and a very dangerous man is involved – the situation is far more delicate and far more is at risk than she originally thought taking the case.This book was the very essence of a novella. Which is a little unfortunate because I don’t like novellas and something that is the epitome of a novella is going to be the epitome of something I don’t like.However, as far as novellas go this did everything I hope for. Firstly, it isn’t an essential step on in the series – to continue to follow the Dark Descendant series you don’t have to read this book. It doesn’t add any vital building blocks to the story or leave you floundering if you skip it. Similarly, as a short story it isn’t essential to have ready the rest of the books in the series - you can pick this up and follow the story without any real difficulty. It certainly helps to have read the other books, but it’s hardly necessary.But, above all, the book is self-contained. It’s hard to get the pacing of a short story right – it’s too easy to write something that doesn’t have enough material to cover the whole story, or something that feels rushed and cut down and probably doesn’t have quite enough plot for a full book but is still far too meaty for a novella. This book was perfectly spaced and perfectly paced, it didn’t need more explanation or development, it didn’t need nor did it have info-dumps to try and cram 2 books worth of backstory into it, it didn’t need several chapters to give us Nikki’s backstory – though it did include her history neatly and succinctly. It was a great little introductory book to the characters and concepts of the series without feeling like I was reading a trailer.Read More
Tweet