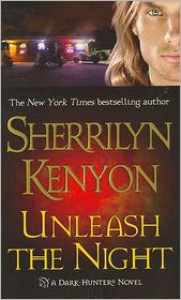 Wren has had a hard past. As a hybrid white tiger/snow leopard katagari, he was reviled by both parents and his greater family as deformed or lesser. It scarred his childhood – and lead to his parents killing each other and him fleeing into the nightNow a barely tolerated inhabitant of the Sanctuary in New Orleans, he busses tables and hides from his family that would kill him should he ever move his home from beneath the roof. But the bears of the Sanctuary don’t trust him – they see him as unstable, dangerous and barely able to integrate with humanity. And more, Nicolette, the leader of the bears, has her own agenda.And then there’s Marguerite. Or Maggie as she wish people would call her if they didn’t all find that too common. The daughter of a senator, she has the blueist of blue blood and a strict upbringing ordering her never ever to embarrass her senatorial father. She has friends she doesn’t especially care for, she dresses as she’s told, she attends the university she’s told, studies what she’s told, dates who she’s told always backed by her father’s shaming and bullying should she ever deviate from his path.When they meet, it’s somewhat explosive. And their relationship only gets more rocky when to save Wren’s life from his family’s plotting, they’re forced to travel through time to solve a decades old murder mystery, all with shapeshifting assassins dogging their heels.I have the same standard complaint I have with every Sherrilyn Kenyon book, and yes, your mileage may certainly vary. However, two complete strangers in a crowded bar see each other and suddenly she has never seen anyone so hot and luscious and sexy and amazing, while he, taciturn to the point of being mute, has never before seen a woman who touches his heart/soul/throbbing penis like this and, yes cupid has his bow at the ready for twu luv has arrived (he’s upgrading to a machine gun).What bothers me about this is there’s never a reason why they fall in love. Indeed, I’m not even sure if they fall in love with each other because they know nothing about each other except their physical appearance and (shortly thereafter) their prowess in bed. Before we know it they’re pledging eternal devotion, risking their lives for each other etc etc and they may as well be doing it for a stranger. Well, a sexy stranger who’s really good in bed.Read More
Tweet