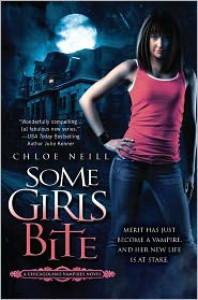 Over the last week, our beloved Sparky subjected me to the Connor Grey series, by Mark Del Franco. After reading the first book, Unshapely Things, I determined that series read like Law and Order meets X-Files. He was so enthused by the series, I assumed that there must be something I was missing, instead of trusting the adage that Sparky is always wrong. Yes, wrong, wrong, wrong. Even after his most grievous recommendation of Mark del Franco, I decided to give him another chance. This week he selected The Chicago Land Vampires series by Chloe Neil.Read More
Tweet