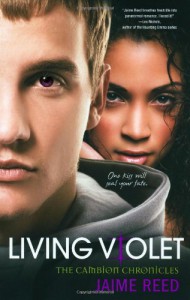 Sam knows what she wants and needs – she needs money for a new car, she has plans to go to college. She studies and she works. She doesn’t have the time or, frankly, the inclination for a hot romance.Caleb would also rather like to avoid them – but you wouldn’t know it by the women constantly throwing themselves at him. Something that becomes only more sinister as they start dropping around him, unusual victims of heart attacks and worse. Sam seems to be one of the few immune to his allure, but is drawn into his world and its secrets anywayI love that this is a YA paranormal romance that rewrites so many of the tropes we’ve seen so many times in one long delicious subversion.We have a magical sexy power that causes the person to literally starve without sex (and other alternatives, but sex is definitely a big one). He needs sexual contact! And his power means nearly all women find him utterly irresistible to a point where the particularly lonely and broken hearted are driven to assault him in desperation.Which sounds like another recipe for woo-woo justifying sexual coercion and forcing a relationship based on magic rather than genuine connection… but it doesn’t because Sam is immune. Yes, I was shocked too – they bring in a love interest with super sexy magic power then make the protagonist immune to them – completely immune to his coercive sexy magic, unswayed by his magnetism. Not only that but she doesn’t even think he’s all that hot. Oh he’s cute and all, in his way, but super-smoking, she-can’t-stop-thinking-about-him? Nope. Not at all, besides she’s not really in the market for a boyfriend anyway; partly it’s her parents fear of her following in their teenaged-pregnancy footsteps and partly her own disinterest and focus on other things in her life right now. Boys just don’t have to be her priority.At which point I look at the author and wonder if they’ve got the right genre.This leaves Sam and Caleb to become a couple through music and spending time together and mutual interests. It means that, while they do fall in love, they do so in a more organic, natural fashion after getting to know each other. There’s even one point when he asks how much she likes him and Sam says:“You a’ight”“Sam”“What do you want me to say? We’ve just started talking” – I check my invisible watch – “a few weeks ago. We’re still in the introductory stage.”Yes, I want to frame it and hang it in a museum for its sheer rarity. There’s no insta-love, there’s a slowly developed love. There’s no overwhelming, obsessive attraction – it’s just 2 people who get to know each other well and come to love each other.Read More
Tweet