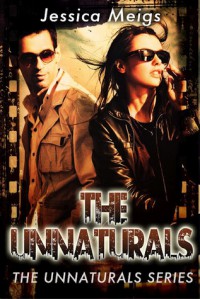 Riley is an agent for a shadowy government agency – and she’s very good at her job. Lethal, dangerous and with a very high success rate. Except her most recent failure led to the death of her partner – from then on Riley has decided she will work alone

So she’s less than happy when the agency pairs her up with Scott, just off leave. And he’s not entirely thrilled, especially since he’s also expected to investigate her over a spate of agent deaths

And then they learn that vampires are real, there’s a major conspiracy in the agency and they have to find a magical weapon…

There’s a lot about this book that interests me. We have two capable main characters who, eventually, grow to respect each other. They are equals despite some pushing and we have two very different ways of working of which neither

I like the main characters and want to see more of them – their interactions, working together an with the greater world is excellent

The writing is fast paced and contains a lot of really well written action, lots of excitement and a constant sense of movement and urgency to go with the panicked feel of the events.

My main quibble with this book is one I tend to have with a lot of first books in a series is that it was just a bit fast for me.

We have this ominously named agency but only a really vague idea of what it does, why, what its remit is or what powers it has. We had a lot of characters introduced but I didn’t feel super connected to all of them. There was the head of the agency, the assistant head, Riley’s handler, Scott’s handler Henry, his secretary Vanessa. Zachariah and Ashton head of the Unnaturals and a couple of agents there. I feel we plunged into the action of the story extremely quickly without getting a great feeling for these characters or the organisation they’re part of.

And I love Vanessa.

And I‘d like to see all this world and these characters because what’s introduced is good, it’s interesting. I WANT to see more. The nibbles we have are tasty and I want the entrée.