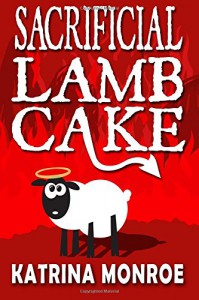 Rain is the Messiah, the second coming of Christ

Which surprises no-one as much as Rainfall (call her by her real name and suffer) – a lesbian, child of a rabid hippy and generally the last person you’d expect

Except big G seems to be playing his own game

I can see what this book is trying to do, I can see the theme it is trying to set. It’s the same kind of super-silly-yet hilarious theme you get with books like Christopher Moore’s and                             . These are the kind of books where we know the point from the beginning – it’s about being funny, about being silly. Yes there may be a plot and a world there, but it’s more to be a vehicle for the hilarity than anything else and, often, we’re not going to poke at it too closely because it’s not that kind of book.

Though it does have a plot with some very awesome points. I love the twist ending. The twist ending is amazing and perfect and really something I should have seen coming from a mile away but it was so well done. I have endless praise for the plot twist at the end

The plot was also very fun. Rain’s sudden diving into this whole new world, trying to learn it, trying to understand it and her various misadventures along the world – it was all kind of fun

And the idea of a super evil and repressive hippy also has a certain dark irony about it – though in addition to being played for laughs it was also a kind of dark lesson that fanaticism of any kind is a terrifying thing.

I’m also really amused by the attempts to prove she’s the messiah and how very very very awry they go. We live in a very different world and not every situation is improved by water turning to wine…

Her mother was an excellently over the top and terrifying character – the new age fanatic taken to extreme and horrendous extent, both funny and frightening and an excellent twist

All of this worked.