Betrayed (House of Night #2) by P.C. Cast and Kristin Cast 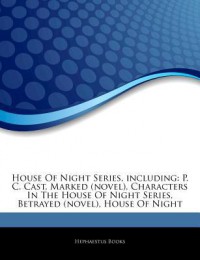 Zoey is facing the task of completely redeeming and rebuilding the Dark Daughters into a new, reformed organisation. A difficult task for her at the best of times – but with boys from her old school going missing, police suspecting vampires and three guys vying for her attention, Zoey has a lot of distractions.

Before we begin the review, I must remind everyone that my suffering through this series is the faultof Cyna and Mavrynthia and Merriska. I cannot even remember how they convinced me to go along with this torturous read – but in the name of some partial justice I think everyone should remind Cyna that she’s only read the first book of the Fallen Series and really really needs to read the rest.

Ok, let us start positively. Yes, I actually can start positively on this book (well, in relative terms). I do appreciate that an effort has been made in this book to make Aphrodite less of a complete avatar of awfulness (by giving her parents who are complete avatars of awfulness). There’s also a toning down of the all consuming slut shaming of the last book – certainly not a removal of it by any stretch, but a definite reduction. There was also a half-decent attempt at an emotional death scene

I’m not saying any of these are good, because they’re really not and in any other book I would bite off my fingers before saying anything positive about these things, but Marked set the bar so damn low that exceeding my expectations is pretty damn easy to do. Kind of how falling in a compost heap feels more like a warm, soft landing after having swum through a toxic cess pool.

The first complaint I have about this book is the glaring void where the plot needs to be. I have sat for 10 minutes trying to figure out what happened and come up empty time and again. Some guys disappear but she watches that on the news, that’s hardly a plot point. She just kind of wanders around not doing a whole lot until we have some action hastily tacked on the end.

I suppose, in theory, the reformation of the Dark Daughters, the super club of the House of Night is the plot. But it’s not only completely lacking in any kind of substance, but it’s also comically awful.

First of all she does a whole lot of research to come up with the genius idea of a student council. No, really, that’s her master plan that actually requires research on her part which would be sad to begin with. But it gets worse – because she also decides she hates how cliquish the Dark Daughters was under Aphrodite so she’s totally going to make it different no – by making 6 of the 7 council members her, her friends and her boyfriend. Marvel at this for a moment, to remove the cliquishness of the Dark Daughters she decides to replace Aphrodite’s friends with all of her own friends. Yes, Zoey lacks even the slightest sense of self-awareness.

But it gets even worse! Because she decides that they will also have a code of conduct to uphold virtues based on the 5 elements (fire, air, earth, water and spirit). Ok I think this could work – personally I think codes of conduct should be based on virtues you want to uphold rather than whether they make a neat set, but I can see, say, courage or passion for fire, tenacity and steadfastness for Earth or…

….ha! Nope, she’s going by the first letters. Seriously, it’s “authenticity” for air and “faith” for fire. Her meaningful virtue system doesn’t even work in another language. It’s also completely that vague – so all the Dark Daughters now have to be “authentic” whatever that actually means – as well as “sincere” for spirit (which I kind of think is just double dipping the same virtue).

To make this nonsense even more galling is the way everyone treats her like she’s some incredible, amazing genius for coming up with this basic, hollow, empty nonsense. No, really, one character even thinks this amazing non-idea is so impressive that she actually steals it. It’s like copying of a 10 year old for your dissertation. It’s depressing and it’s classic Mary Sueness – the protagonist comes up with the weakest, most pathetic non-idea and everyone fawns over it like it’s utter genius.  She literally “sweated for weeks” over these ideas.

On top of this non-idea we have the love triangle – well, square.

I’m not a fan of a love triangle in any book but in this book it’s expressly galling to have the protagonist have 3 separate love interests when so much of this series to date is dedicated to saying what dirty nasty jezebels sexual women are and how all legs must be firmly cemented together in fear of ho-dom. It’s gross hypocrisy to present female sexuality in such a terrible fashion, attacking women constantly as “sluts” and “hos” and then have your protagonist rack up three hot guys to follow her around.

And each relationship is problematic. Sexy guy 1 is the hot teacher who who is hot and quotes poetry while getting all handsy with her. She gets all frustrated that he almost kisses her but doesn’t, never mind the actual boyfriend she has – or that he’s a teacher. The fact that he’s a teacher trying to get it on with a 16 year old is barley even touched upon – he’s just a hot guy and everyone may now drool, never mind power difference or abuse of position. Here’s one time when we can start yelling “shame” and everyone’s silent on the issue

Then there’s the ex-boyfriend human who she regards with constant contempt. She will occasionally mention that he’s cute, but every other word she has for him is contemptuous. Of course, the reason why he wants her so much is because he is magically compelled by her vampire-yness. His free will is completely compromised, he is addicted to her and she can literally magically stalk him. Again, there is precious little attempt to address the abusive nature of this relationship, instead it’s just a conflict because poor poor Zoey doesn’t know who to choose, like it’s her complicated love life rather than abuse.

The final love interest is Eirik. He’s pretty and he does Shakespearean monologues. This is it. There are manikins with more personality. It says a lot that his lack of personality stands out next to the rest of the characters – because no-one is developed. Her enemies are terribad awful. Her friends are characterless sycophants (two of them with the same personality who call each other “twin”). It’s amazing that Eirik can have even less personality than these hollow caricatures