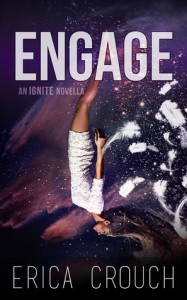 Kala is a guardian angel – but not considered a very good one. She is derided for her disability but, far more, she has a pesky belief that humans should set their own destiny. And that the hard morality of Heaven is too limited and lacking in nuance for the real world.

The angels do not approve – something has to change.

This book is an excellent short story in that it brings a whole new angle to the original series – it’s not an essential angle, you can read the whole series without this short story but it brings some excellent depth to the book series. For me this is exactly what I want from a short story – not an essential part of the ongoing meta (therefore not a necessary read) but also not entirely pointless or off topic

But Heaven? We’re told it’s rigid but beyond that thrown away line we don’t really know what exactly is so wrong with Heaven. What are the angels so rigid about? What real reason do the angels have to rebel? What was so bad that it would drive angels and demons to ally together in their rebellion?

This is the book that fills the gaps. This shows us heaven, it’s rigid rules, it’s outdated resistance to change, it’s savage refusal to accept any kind of nuance or grey morality. It’s utter rejection of any kind of free well, it’s vicious judgemental nature, it’s constant quest to control humanity down what it considers the true path and, in many ways, Heaven is almost unable to even identify good and purity any more, just adherence to rules.

Through their story we see why Heaven is just as bad as Hell – rather than just being told and expected to accept it. On top of that we also get to see something else that was only told but not shown – why Pen is so essential to the rebellion and why they need her on side.

This is all told through the lens of Kala as she meets Ana. The exploration of the world happens as their relationship develops and as they both develop and grow as individual characters (with there philosophies also developing as they look at Heaven, see its flaws with ever clearer light and put together their ideas that slowly grow into the rebellion. It’s really well done for both the characters and the story together