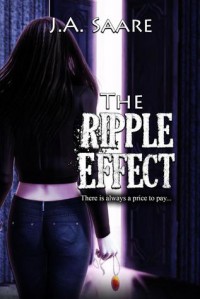 Rhiannon has returned from the future - with the aid of a Fallen Angel who she now owes a debt to and knowledge of a terrible dystopian future she is now desperate to avoid
She also has two powerful magical artefacts that the half-demons who control the vampire families certainly don’t want her to have. They want to break her, they want her to bend to their will and prove she is their toy
But how far can she break, how much is she willing to give up? And having lost that much, what does she have left to lose?

After the time travelling of the last book and the deals that Rhiannon made, as well as the ructions between her and Disco, I expected this book to be a greater examination of Rhiannon integrating into the vampire family. I hoped for some introduction into how the family worked, some greater development of its members beyond simple names and some decent development of world, characters and general setting. It would have been nice to have some foundation to build on now everything’s going to change
Instead we jumped straight into the deep end. Half-demons everywhere, massive dramatic show down, bad guys being properly villainous and evil and lots of people dying in big dramatic ways with big dramatic fights and melodramatic evil-ness.
The story wasn’t bad at all - it was exciting, emotional, dramatic with a fast pace and lots of wonderful action. I liked it. But it also felt a little lacking in underlying basis - it’s running fast, destroying everything without giving us chance to see what they were whole first
At the end of the last book, Rhiannon faced a gross betrayal at the hands of Disco, the man she loved. She opens this book angry for that, understandable. But it doesn’t last
From the very beginning she is fighting to be anger, it’s already being overwhelmed by love/lust for Disco - her anger, her justifiable outrage is fading fast and not being treated nearly close to how it deserves
Read More
Source: http://www.fangsforthefantasy.com/2015/05/the-ripple-effect-rhiannons-law-3-by-ja.html
Tweet