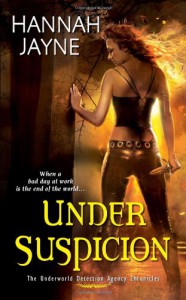 When a client doesn’t show up for an appointment, Sophie decides she needs to investigate. She quickly finds that the client isn’t the only one to disappear – or face violence

Faced with the complete indifference of her boss, colleagues and friends, Sophie decides she will track down the attacker.

Sophie is one of the most frustrating protagonists I’ve ever come across. She is supposed to be in her 30s but she is grossly immature and ridiculously incapable. She acts like a particularly inept teenager. She’s utterly dependent on the people around her and regularly collapses into tears in a puddle of limp spined jelly on the floor. Where she will get wet because she drools so much over hot guys (when not monologuing over them ridiculously) that she must be constantly standing in a puddle. Also the “Sophie gets drunk, makes a fool of herself and needs to be carried home” looks like it’s becoming a compulsory scene in every book. Sophie, you’re 33+ years old. Grow up, get yourself together and check under the couch cushions for your dignity that you must have mislaid them somewhere.

When not pushing around the decaying mass that pretends to be a plot, Sophie is finding random events that are supposed to be funny (which aren’t) or worrying about getting fat while eating chocolates and sweets.

I know that probably a lot of people would be equally as inept as Sophie. Ok, I know there are some people who may be as inept as Sophie. On their very very bad days. Maybe. It could be argued that Sophie is merely slightly incompetent (rather than utterly incompetent) person forced into circumstances outside her skill set. But she’s not – she happily “volunteers” (which is a generous way for “sticks her nose in”) to random situations she’s grossly unsuited for and then whines and falls apart because she’s grossly unsuited. Her boss in this book repeatedly tells her to mind her own business and stick to what she’s good at and I think we’re supposed to see him as villainous for doing so – but he makes a lot of sense

Sophie’s co-characters are equally shallow. She has her Guardian, an English guy with a terrible Dick Van Spike accent who exists to be hot and randomly save Sophie from whatever disaster she’s dived head first into this time. There’s her friend, the vampire Nina, old, powerful – and a caricature of silliness who manages not to be frustrating just because Sophie is so much worse. And Vlad, an old vampire who looks 16 and decides to act it as well, because why not?

Perhaps worse than all of this is the plot itself – that just doesn’t work. It is held together by dubious reasoning and bizarre behaviour on the part of the cast. So much of this book is outright contradictory or forced or convoluted it was actively irritating to read

Take the very idea that Sophie has to do all the investigating – why does it fall to her to investigate despite the fact she not only doesn’t have applicable skills (nor, for that matter, basic competence at, well, anything)? Because no-one else cares. Multiple attacks and murders on demons and no-one cares because… who knows. At no point does this book ever adequately explain why everyone is so indifferent to a serial killer in their midst – it exists surely so Sophie can be the plucky one deciding to investigate. Not only does virtually no-one care about the murders, but a surprising number of people (Including Alex who has past experience with Sophie so should really know better) treat her like an actual decent investigator (or borderline competent person) and let her wander around crime scenes. This worked in book 1 where she was providing expert knowledge for the police, but not when she’s running around dragging Dick Van Spike around with her.

Or there’s here red herrings – now every good mystery needs red herrings, false leads and set backs in an investigation – but in this book that relies on Sophie making ridiculous assumptions and clinging to them for grim death before sense finally wedges them out of her brain. When she finds a possible murder weapon she stresses over it… but doesn’t actually do anything about it. Why follow up on a clue when you can create random bizarre theories and follow them instead? I really have to show how ridiculous these theories are with an example