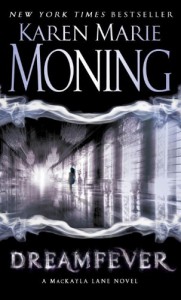 Mac has been rescued from the Unseelie – and brought back to sanity by Barrons. But in the time she was being “cured”, the Unseelie has been free and the world has been devastated. The war is now global, Dublin is a shell of what it once was.

Mac has to do what she can to gather the survivors together to fight back, to stop the Sidhe-seers from sheltering and be ready to fight, to dig up whatever information she can find in their hidden archive

And, above all, to find the Sinsar dubh and stop the Lord Master.

Ok, let’s start with the big, yawning, horrible problem with this book.

At the end of the last book, Mac was captured by 4 “death-by-sex” fae. Fae who are super attractive (they literally make your eyes bleed to look at them) and produce lots of woo-woo lust. Mac was captured by them, she was raped by them, she became a Pri-ya. Which means a human who is addicted to sex. Mac stayed in this state for months, constantly craving sex and Barrons stepped in and “saved” her by having sex with her lust-addicted self. He raped her, repeatedly, constantly, for months. For her own good.

And don’t even start with any excuses of narrative necessity. All of this was under author control, it’s a story. Mac could have been cured by banana-flavoured blancmange and a Desperate Housewivesmarathon (especially if you wanted it to be a traumatic experience for her to recover from). The evil fae who kidnapped her could have tortured her, or just held her prisoner while the city fell apart, or just have shown her their true appearance which apparently breaks human minds – any of these could have been used to present Mac as being terrible wounded and needing Barrons to nurse her back to mental health (preferably without his healing rape), none of which would involve rape and all of which would have maintained exactly the same narrative.

The one semi-bright spot is Mac recognising that she has been raped and not downplaying it. But even this is dimmed by the fact she now finds Barrons even more sexually appealing than she did before he raped her. And then there’s Barrons himself – even if I accepted all the previous as narratively necessary (which I really really don’t), Barrons expecting Mac to be grateful is galling. Barrons repeatedly making nasty sarcastic comments about the time he raped her and the time she was gang raped – I have no words. How is that close to acceptable? How is that close to what any fractionally decent person would do? Why would he do this? Why should we not loathe him forever for TAUNTING Mac about raping her, over and over again?

That’s the first major issue, but it’s not the only one; just one that eclipses everything else. There’s Barrons – not only is Barrons irredeemable as a rapist and a man who taunts the victim – but he’s also an arsehole aside from that. He tells Mac nothing, he constantly expects her obedience  but will not explain any relevant information to her – the prophecy, what he is, what they’re trying to do at any time, what he intends to do with the book – nothing. This desperate mysteriousness has gone above and beyond all tolerance now, in the fourth book, since I still know not one iota more than I knew in book one. Every interaction with him is a battle, everything about him seems designed to annoy. Not only do I not understand anyone liking this man, but I am bemused at the idea of not hating him. His withholding information is actively stalling the book and causing us to have random side plots (like going to visit a narcoleptic old woman and overhearing something her father said to try and get any indication of a prophecy).